When someone describes Andre Woolery’s art as tacky, that’s not a criticism but a statement of fact. The Harlem-based artist has made a name for himself creating impressive portraits of pop-culture icons using tiny thumbtacks.

Although the self-taught painter also works in oils, it’s his “pushpin art” that’s been creating the most buzz. For instance, his Jay-Z portrait comprises 7,633 pins and reportedly commands a $7,633* price tag. However, Woolery appears keen that his art isn’t just owned by the wealthy. On his website fans can buy a photo print of the Jay-Z work for as little as $34.99. There, they can also purchase iPhone covers, throw pillows and “app art”.

Woolery graduated from Duke University with a degree in computer science, so it’s not surprising he has embraced the internet with gusto, asking his social media followers for suggestions for work titles and new subjects to paint.

Through his art and charitable donations to The Harlem School of Arts, he wants to “inspire others to see the world in a new way”, a goal he appears to be achieving one tack at a time.
*According to the Daily Mail 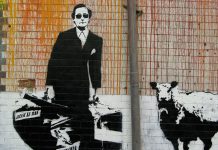 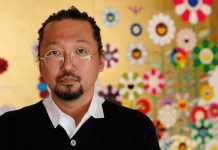