Following a 10-year hiatus, LA-based soul-funk combo The Rebirth release their sophomore album, Being Thru The Eyes Of A Child 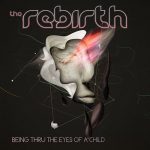 It’s been 10 years since this Los Angeles-based septet released their last album This Journey In and that gap is not wholly surprising once you consider the harsh economic viability of a large group. Nowadays fewer people are buying music and The Rebirth’s soul-funk output has to feed seven mouths. In fact for Being Thru The Eyes Of A Child, the band had to resort to a crowd-funding campaign to help support its release.

However, for those who crave the multi-harmonic dynamism this band specialises in, the album has been worth the wait.

The old-school funk of This Is Coming To? is destined to be a staple of soul-jazz DJ sets, while the rest of the album is peppered with the kind of retro-tinged tunes that are usually only found amid stacks of vinyl in endangered record stores.

A stream of the entire album is on this page, alongside the video for This Is Coming To? (above).

Being Thru The Eyes Of A Child can be purchased at iTunes, Amazon and all good online stores.

• If you like this article, subscribe to Commercial Break’s free newsletter or RSS feed (click here).
The Rebirth’s Being Thru The Eyes Of A Child
Website
The Rebirth
Tracklisting
1 Being Thru The Eyes (Prelude)
2 This is Coming To?
3 Wasteland
4 By Design
5 Surrender (Orchestral interlude)
6 Caterpillar
7 Samurai
8 Religion To Me
9 Show ’em
10 Come On Over
11 Halfway
12 Surrender The Pretender