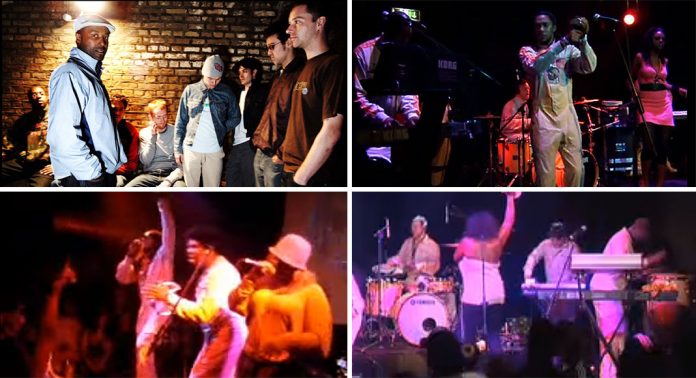 Back in the early noughties broken beat collective Bugz In The Attic were, to use the parlance of their west London base, “runnin’ t’ings”. They had a record deal with Virgin and were in demand, particularly for remixes. A glance at Bugz In The Attic’s personnel reveals why they were so sought after: talented musicians such as Kaidi Tatham, Seiji, Mark Force, Daz-I-Ku, Matt Lord and Afronaught were among their ranks.

More than a decade later, Swedish DJ Mad Mats has discovered a 2007 recording of a live show the outfit performed at his long-running Raw Fusion club night in Stockholm.

Not only has the DJ kindly uploaded the session, but you can download it and relive that bruk-infested night from the comfort of your living room. Thank you Mr Mad Mats.

Download the performance here, although be warned it won’t be available indefinitely.

Websites
DJ Mad Mats
Bugz In The Attic on Twitter