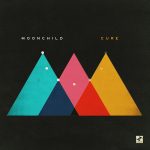 It seems apt that as the northern hemisphere ushers in spring, the summery vocals of Moonchild’s Amber Navran would make an appearance on the trio’s new single. Cure is taken from the LA-based group’s forthcoming album Voyager, their third long player.

Following a harmonic recipe laid down in previous LPs — 2015’s Please Rewind and Be Free from 2012 — Cure is a sumptuous, laid-back slice of neo soul that goes down smoother than a glass of artisanal beer.

It’s a foretaste to an LP that includes string players and a harpist, additions intended to add fresh flavours to Moonchild’s brew of soul and jazz.