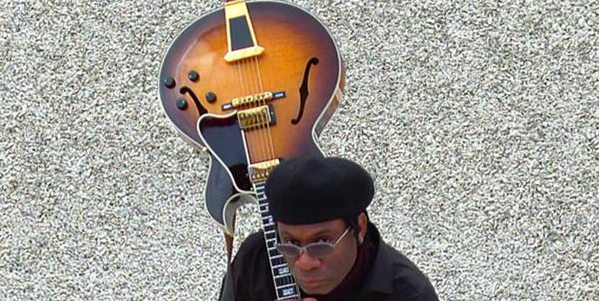 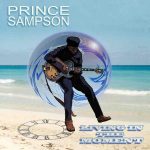 The somewhat cheesy album cover suggests the songs on this disc are of the “smooth jazz” variety — a much-maligned genre that’s regrettably heard when, let’s be honest, you’re at your most exasperated: bored in a lounge, on hold on the phone, trapped in an elevator. But fusion — as it’s also known — is not, by definition, tacky and Prince Sampson’s Living In The Moment proves just that.

You may not know of the London-based guitarist, but you’ve probably heard his strumming on tunes by rhythm ‘n’ blues-ers The Pasadenas and singer Des’ree. In fact, you can hear the influence of the soulful songstress on Be Will Be and Dream Catcher — airy, swaying songs that pitter-patter over understated rhythms.

The best track is, however, the acoustic Harmony In Green because here Sampson’s virtuosity is matched by the song’s detailed musical motifs. Other highlights include the delightful Let The Sunshine Through, which resembles a summery Incognito jaunt — and if you’re a fan of that outfit, Sampson’s work comes strongly recommended.