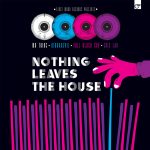 In a phenomenon that few would’ve predicted, vinyl is growing in popularity despite the omnipresence of MP3s. Yes, the black disc is undergoing a mini renaissance, something that pleases many musicians and labels, such as First Word Records.

To celebrate this revival, the UK-based label chose the seventh year of Record Store Day to release Nothing Leaves The House, a limited-edition double 7″ that features tracks by Tall Black Guy, Mr Thing, Eric Lau and kidkanevil.

The video above sees the four producers meet at Mr Thing’s yard. There, he unveils an enviable collection of vinyl, so carefully arranged a trainspotting librarian would marvel at its orderliness.

Mr Thing, who’s rightly proud of his collection, only had one stipulation for his guests: “The guys can sample anything they like,” he said, “but nothing leaves the house…”. Hence the title of the EP, which can be bought from First Word Records’ Bandcamp page. But hurry, only a thousand copies have been pressed. 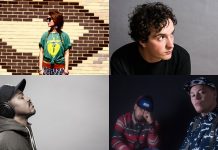 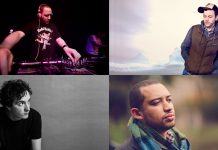 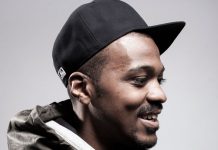