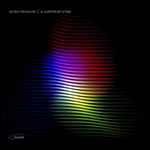 The fractured beats of drummer Rob Turner in the above video Bardo hints at what makes this UK trio so appealing. On the surface GoGo Penguin sounds like a traditional jazz outfit, but dig a little deeper and it’s clear that Rob, alongside pianist Chris Illingworth and bassist Nick Blacka, take their inspiration from unlikely sources.

Driving breakbeats underpin Bardo, which is taken from the band’s fourth album A Humdrum Star. Elsewhere, Raven owes a debt to the intricate stylings of drum ’n’ bass.

That’s not to say GoGo Penguin have abandoned conventional improvisation. For instance, fans of jazz pianist Neil Cowley will be rocking their heads to such breathless pieces as Transient State and Reactor.


A Humdrum Star is the second Blue Note LP for the Manchester-based outfit — it follows on from 2016’s Man Made Object and v2.0, which was shortlisted for the Mercury Prize in 2014.

On this page is a sample of A Humdrum Star, which can be bought from all mainstream outlets.